You may notice some intervals where Enlighten shows that your system is exporting to the grid instead of fully charging the batteries. This is likely the result of a highly-varying load during a particular 15-minute interval.

Therefore, while the appearance of the graph indicates unexpected behavior, the actual system behavior is appropriate for the conditions.

What is really happening:

The data shown in MyEnlighten is averaged over 15 minutes. We show readings every 15 minutes for production, consumption, and percent battery charge. However, the Envoy is controlling the battery(ies) second-by-second during that interval, and the battery(ies) will either be producing a lot, producing a little, or even charging depending on the level of available photovoltaic production. There are many situations where the battery may switch between charging and discharging multiple times during this 15-minute window. The average power for the battery(ies) over this 15-minute period may appear to be less than full power. This leads to the misconception that the battery is not fully charging because MyEnlighten shows export to the grid, but doesn’t show the varying load within the 15 minute interval.

We investigated this issue were able to poll at a very high rate for a few minutes to capture the graphs below.

Our suspicion was confirmed that there are loads switching at a very high rate (on the order of few seconds). See the home’s net power consumption over a 15-minute period: 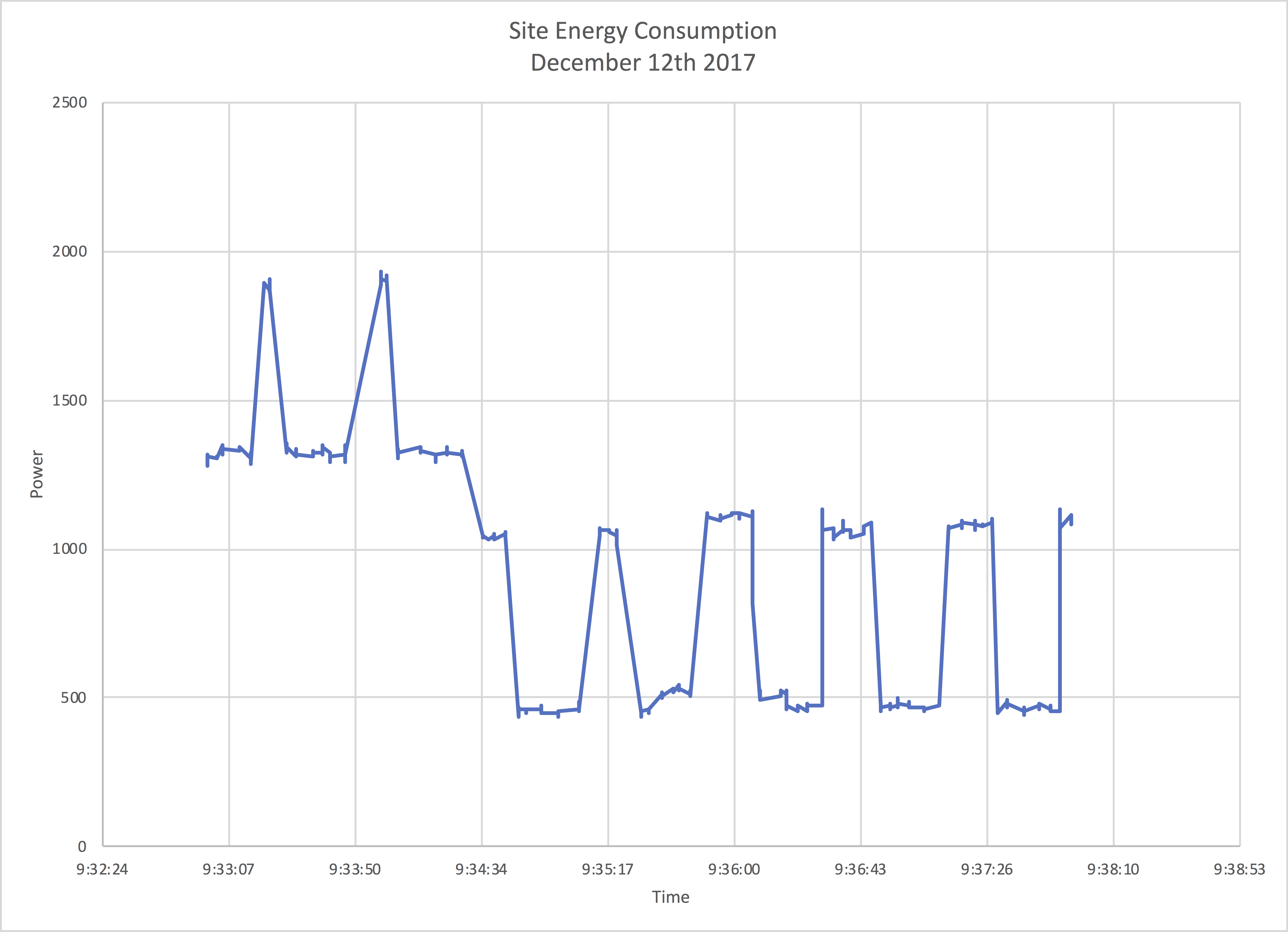 To demonstrate, the following sample average plot shows that looking at the average numbers makes it appear that the battery does not match the load: