By default, the MyEnlighten desktop application displays energy production and consumption data as a grid. If you prefer to see this information as a graph, click the graph icon at the right corner above the grid. 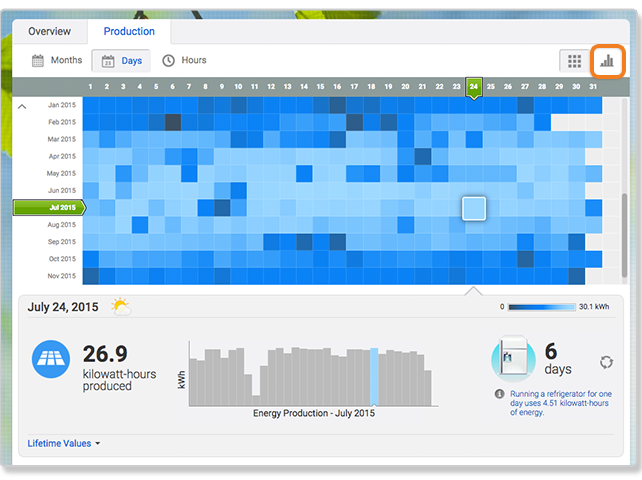 The screen updates to show the energy graph in the main display area. A small version of the energy grid displays below the graph. 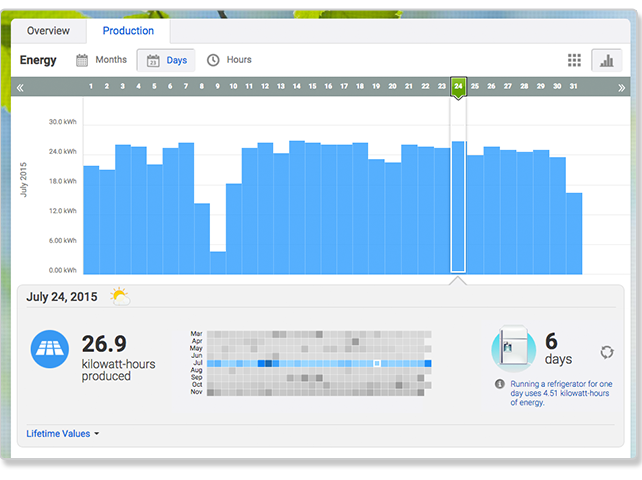 Like the grid, the graph displays energy production in watt-hours (Wh) for Months, Days, and Hours. The Days view displays by default.

To change the time period for the graph, select:

If your utility limits how much power your solar energy system can export to the utility grid, the graph displays Potential Production in addition to actual production on the Months and Days view of the graph. 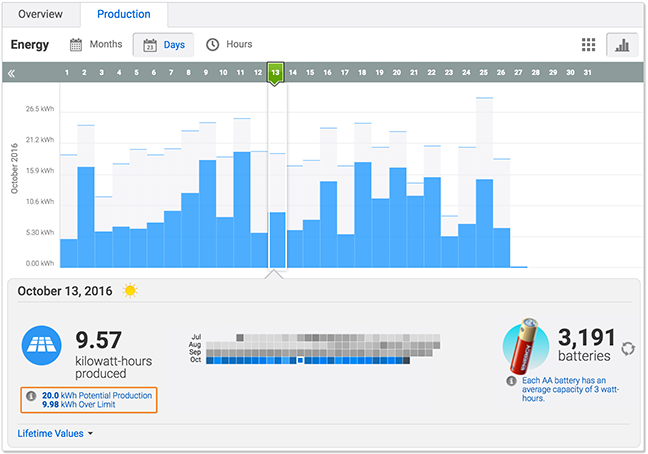 On the graph, actual production is shown as a blue bar. The grey area above the blue bar shows the over limit amount, and the potential production is indicated by the thin blue line at the top of the grey bar.

You can also access your production data as a graph in the Enlighten mobile app. Simply tap through to the Energy screen.