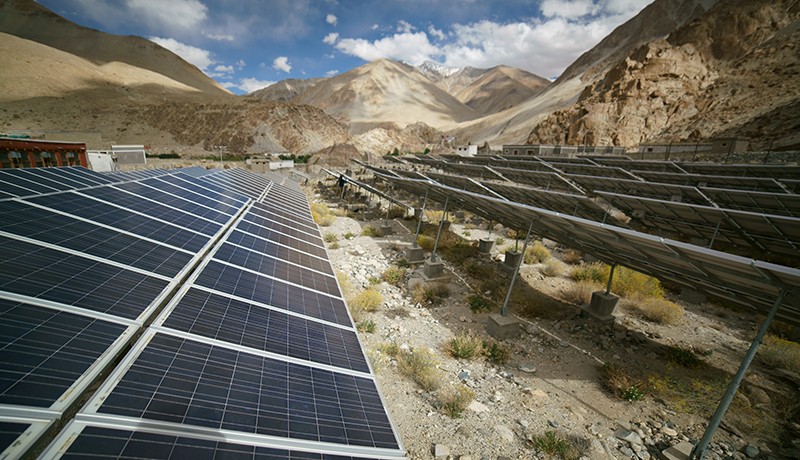 In less than a year since Enphase established a direct presence in India, we’ve made huge strides with the appointment of new distribution partners, Sun-AP Ecopower and Redington. To top this off, on the first day of Renewable Energy India Expo, we announced our partnership with Waaree Energies, India’s largest Tier 1 solar panel manufacturer whom we will work with to produce an AC solar module (ACM) for the Indian market.

As an Indian national, I am extremely proud that we are bringing Enphase’s world-leading microinverter technology to deliver smarter solar to the Indian market. We’ve called this our Made for India campaign as we believe our microinverters are designed and have been proven to operate for decades in harsh climates, similar to what we experience in India.

So what makes Enphase perfect for India?

As the first company to commercialise the microinverter back in 2008, we were fortunate to enjoy a few years as the only global microinverter manufacturer, giving us a head start on the development and refinement of our hardware. This advantage grew exponentially once we had a critical mass of microinverters in the field, reporting granular data back to our headquarters in 15 minute increments – this data provided the invaluable feedback loop which continues to inform our hardware engineering team, enabling us to reach the kind of near-perfect reliability we enjoy today. Our testing represents the most rigorous seen in the solar industry, which is due in no small part to our roots in other high-tech industries.

With many years more R&D than any other microinverter on the market and a data pool that surpasses Twitter, Enphase Microinverters are designed and built to stand up to extreme conditions. We test extensively at the component level and our environmental stress tests can run more than a year. Then we do the unit-level testing. Between the two test phases, we literally test thousands of units under high environmental stress conditions (extreme humidity and temperature etc.) before a product is brought to market.

Enphase Microinverters have been engineered and tested to function in the harshest environments expected in a PV installation. As you read this, we have systems operating in some of the harshest conditions on the planet, from Saudi Arabia to Antarctica. We monitor these systems in real time through our Enlighten platform. We know exactly how our microinverters and the systems they power are running, and what conditions they are being subjected to.

From the outset, microinverters generate less heat than string inverters because they have no moving parts and they process about 10% of the power that string inverters do. Enphase Microinverters also come with recommended installation guidelines to allow the required air flow to help keep them cool.

In January 2014, Enphase ran a heat study during one of Australia’s most severe heatwaves in recorded history. Adelaide set a record for extreme temperatures with 12 days of 40°C or above. The previous record of consecutive days over 40°C had stood for 117 years. Melbourne had its hottest 24-hour period, with an average temperature of 35.5°C, and Perth had its hottest-ever night and its second-hottest summer on record.

To see the results of this study along with data taken from a system on a 45 degree celcius day, click here.

It is common knowledge that microinverters provide a significant advantage in shaded conditions over competing string and central inverter systems. Beyond shade, there are a number of other impacts on a solar array that affect the overall performance. Enphase Microinverters minimise losses caused by panel mismatch, degradation, cabling, and external factors like soiling. In full sun or shade, you harvest more energy with Enphase Microinverters.

In string inverter systems, module mismatch leads to system-wide inefficiencies because they are limited to the output of the weakest module in the chain. With Enphase’s distributed architecture, modules operate independently so that no single module can drag down other modules. Soiling caused by debris or, as is India’s challenge, dust and air pollution on one module does not affect the others. In addition, with the Enphase Microinverter System, there is no need to connect modules and inverters with long runs of DC cabling, where energy is lost.

Recent articles have shone a light on the effect that India’s air pollution problem is having on solar production, with production dipping by up to 25% in major cities compared to less polluted areas. Panel cleaning will be an ongoing priority and in addition it will be crucial to apply the right technology to stand up to this great challenge.

India’s solar installations are expected to grow over four times by the end of 2017. The government of India has aggressive targets for renewable energy and solar has the front seat in the range of clean technologies it has chosen to promote. We are confident about the future of Enphase in India and we will continue to invest in Made for India as we scale our operations to meet the growth we are expecting in the future.