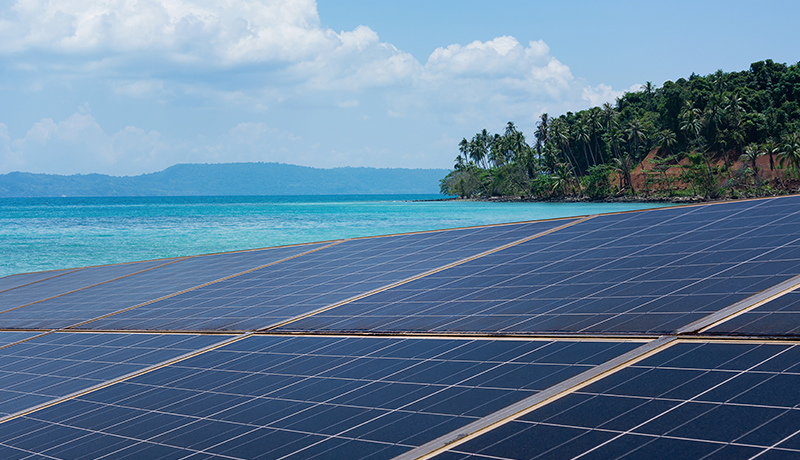 We love to think of solar power as an abundant and renewable resource that works even when everything else stops. And, at Enphase, we believe that should be true.

But it may come as a surprise to many: if you have a traditional solar setup on your house, there’s a good chance it will be inoperational if the utility company’s power grid goes down. That’s because, despite conventional wisdom, a common residential solar system still relies on the utility’s grid even as it produces solar energy in real-time. This happens for two main reasons. First, to keep a grid-tied solar system functioning properly, it uses the utility’s power as a consistently regulated power source. Second, it’s for safety reasons — most systems detect a blackout and shut down to avoid pushing power back to a line where utility workers may be working.

So the threat of your solar system going down is real. It’s been this way for as long as solar has been around. Most of the time, it’s an inconvenience just like every other building without a backup battery or generator experiences.

But sometimes it’s more than inconvenient. As recent natural disasters in Puerto Rico and Houston have shown us, losing power isn’t always simply an inconvenience — it can be a matter of life and death.  As the public watched Puerto Rico suffer through long blackouts that lasted weeks or even months, people everywhere began to realize that traditional grid-tied solar systems were just as dark as everything else.

At Enphase, we see the catastrophic results of blackouts after storms or other events, and we just can’t settle for the same old story.

That’s why our new solar technology — Ensemble™ energy management technology  — is being developed to be 100% grid agnostic. That means when the grid is up, it can communicate and function just like a grid-tied system, and enjoy the benefits that comes with having the grid’s support. It also means that if the grid goes down, your Ensemble technology system goes fully independent — it, essentially, becomes a solar island. It doesn’t need the grid to operate, and at the same time, ensures the system produces the power you need while maintaining safety and security for your building and the utility lines connected to it.

But it’s not just for those alarming situations like natural disasters. The grid-agnostic solution Ensemble technology enables means that any home or building in any situation has the opportunity to stay up when the grid goes down. This can also be great in rural areas or in developing countries where the grid can be inefficient.

Working in harmony with Enphase IQ7™ microinverters, Ensemble technology will power a system without a grid whenever sunshine is available. And if you were to pair it with Storage — our backup battery — you’ll have a fully functioning, completely self-contained grid.

Grid-agnostic solar is an incredibly exciting development — one we hope you’ll opt for when you’re considering getting solar. But of course, it’s just one of the ways we view Ensemble as the solar technology solution that will push us all into the future of solar energy.

With Ensemble technology, the future of energy is here. We've developed a new series to breakdown exactly what that means.

Today's energy marketplace can be hard to wrap your head around. In the second installment of our "Future of Energy" series, we break down the concept of the energy marketplace and how it has transformed with the introduction of solar, off-grid, and more.
Read more

How Enphase is using blockchain technology to evolve the future of solar.
Learn more