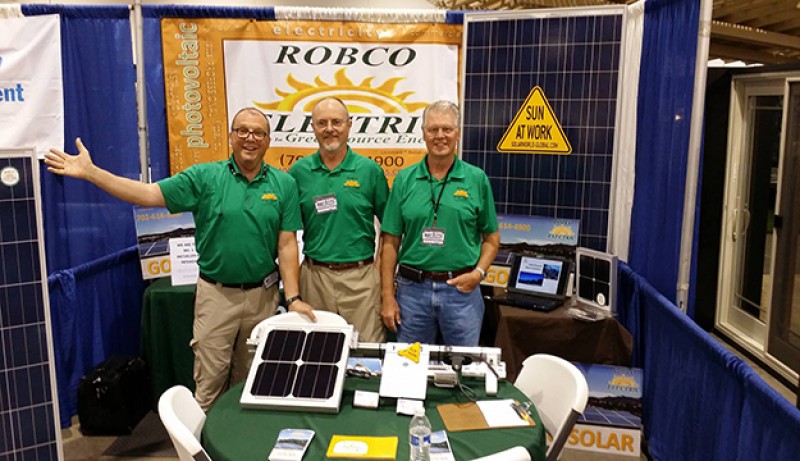 Like many solar installers and Enphase channel partners, Robco Electric has deep roots in electrical contracting. The Las Vegas-based company has been a full-service electrical contractor for 19 years and has been involved in many large projects, including commercial jobs at McCarran Airport, local high schools and health-care facilities.

Since its founding five years ago, the Robco solar team has enjoyed a booming business, installing several megawatts of rooftop PV—and Enphase systems—on hundreds of homes. With solid local brand recognition and referrals, the family-run company has seen its solar sales grow to at least half of its overall revenues, with recent run rates surpassing a million dollars per month, according to team cofounder and industry veteran Bruce Rogol.

Rogol, who set up a solar-powered micro-refrigerator for a local orphanage when he was a Peace Corps volunteer in Panama in the 1960s, has been engaged in the renewables business world since the 1970s. He’s worked as a general contractor, a Deloitte consultant and a developer of solar training programs.

The other cofounder of Robco’s solar team of licensed installers and sales staff, Jeremy White, shares Rogol’s training and curriculum-building background, and the company’s sales approach is based on this educational foundation.

“We’re here to listen to the customers, answer their questions, show them what’s involved in the deal and educate them,” Rogol says. “We don’t believe in the hard sell; we see ourselves as counselors or advisers to the customers.”

Another part of Robco’s successful solar strategy is a commitment to high-quality, reliable products like Enphase. “We like to install products that we’ve tested, and once we find something that works, we tend to stick with it: we don’t use any cheap Chinese modules or old-fashioned string inverters,” he notes.

“A couple of years ago, we tested three different inverter systems—a Fronius string, a SolarEdge string with DC optimizer and Enphase microinverters—on our own flat roof, with each array set up in a south-facing tilt at 15 degrees,” Rogol continues. “We monitored them over the course of a year, and in the end we went with the Enphase M215s because of their superior reliability and performance.”

As a result of rigorous testing and field experience, Robco has used only Enphase M250 smart microinverter systems for its residential and small commercial jobs over the past year or so, he says.

“They’re easier to design and install than anything else out there, they’re more efficient and perform well and we don’t get many callbacks for servicing,” Rogol says. “We’ve installed more than 10,000 Enphase micros and have had to replace something like three units—including one I accidently stepped on at a job site! We’ve also installed a couple dozen SolarEdge systems for other contractors and seen at least four inverter failures, which is not a good percentage for such a small number of jobs. ”

Rogol is also a big fan of the Enphase Enlighten Manager monitoring platform. “I can see how all the systems are performing from my office,” he explains. “I can show customers, ‘105%, 102%, 104%--this is what your system is producing.’ As for troubleshooting, I usually know what’s going on right away with Enlighten, so we don’t always have to roll a truck for a service call.”

“We’re a company that embraces technology, not just a product,” Rogol says. “We see Enphase as offering one of the few truly differentiated solutions on the market.”